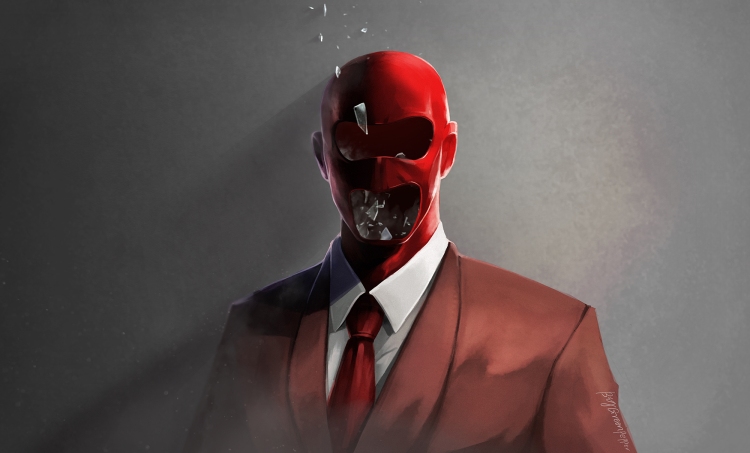 Photos and evidence obtained from ASU and NAU.

One man can change the world and that same man is helpless against the mob. To be surrounded by an opposing force is to challenge a man’s character, for he must exercise restraint, vigilance and foresight to ensure his survival. An opposing force can take many forms, and each incarnation presents its own unique trials that can be navigated using the same core principles that ought to govern a man: patience, persistence and progress. The enemy we face today is both weaker and stronger than traditional enemies of the past. Weaker in that they are simple and childish, stronger in that they are numerous and have declared a discreet war, hidden from view of the layman, only to be revealed until it is already upon him.

The desire to inflict suffering without first experiencing suffering results in the most widespread and worst kind of suffering: meaningless suffering. The ironies that you and I have to endure as we watch these buffoons attempt to function despite their failings is a suffering of its own kind, but we must take their war seriously, as they know no other train of thought. If they cannot understand such basic hypocrisies, then we are truly dealing with another form of life entirely. If some among us have lost all forms of reason and logic, how then must we negotiate peace? Those who have truly suffered, on any plane of existence, know the price that suffering can have and would not wish it upon anyone unless it was the only option, otherwise they have fallen in to the abyss, never to return.

I seek peace and I seek prosperity, but I will not pose to be naive and think peace is possible for all and that any person is able to prosper. Those who do not seek peace and instead seek conflict to fill the void in themselves will never prevail because they can never know peace and must remain in conflict to find a purpose. Those who cannot prosper, or who choose not to, can not obtain any form of wealth because they would not know how best to spend it. Instead they seek to ensure others will not be able to spend their wealth. These are not people conducive to a successful society, and must be taken seriously lest they overtake all that allowed them to fester to begin with. 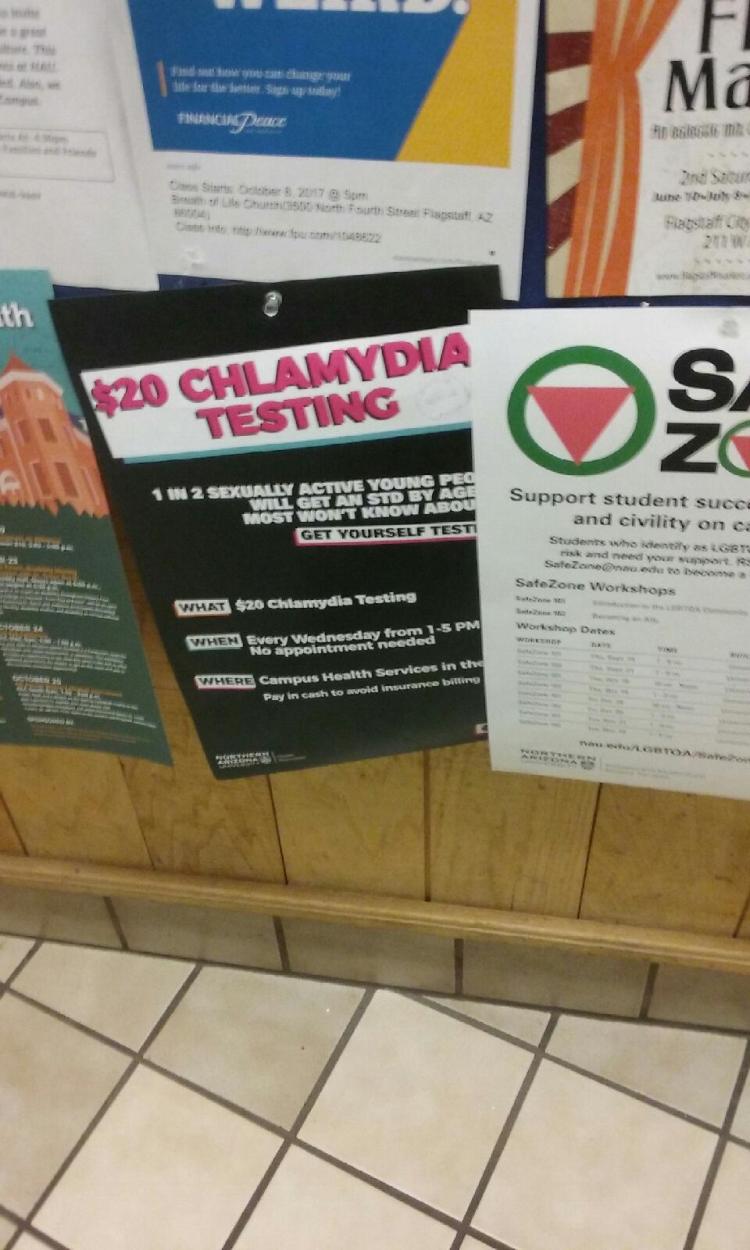 To live a life without criticism is to live without teachings. Without learning, there is no hope of change. This robs a person of their potential, but it also separates the wheat from the chaff. If someone lacked even the most basic curiosity to go outside of whatever boundaries that governed their life, they would never understand what it is to truly live and learn from mistakes and to experience the freedom and liberation from making independent decisions and self-governance. If this is true, then it can be said that these sheltered people have no hope or reason to change, and are markedly against freedom. Of course, anyone who has spent time around such people or watched from a safe distance can gather this.

This lack of a meaningful education, not in academics but in life, leads to real consequences. These “natural slaves” as Aristotle called them have no self control, self worth, ambition, or creativity. If they are not controlled, they will destroy, and if they destroy, they can never rebuild. It is then reasonable to suggest, and even merciful, that they should be governed by those with values that can lead to a functional society. This of course goes against the individualism that you and I cherish above all else and is one of the many ironies that are prevalent in our existence. 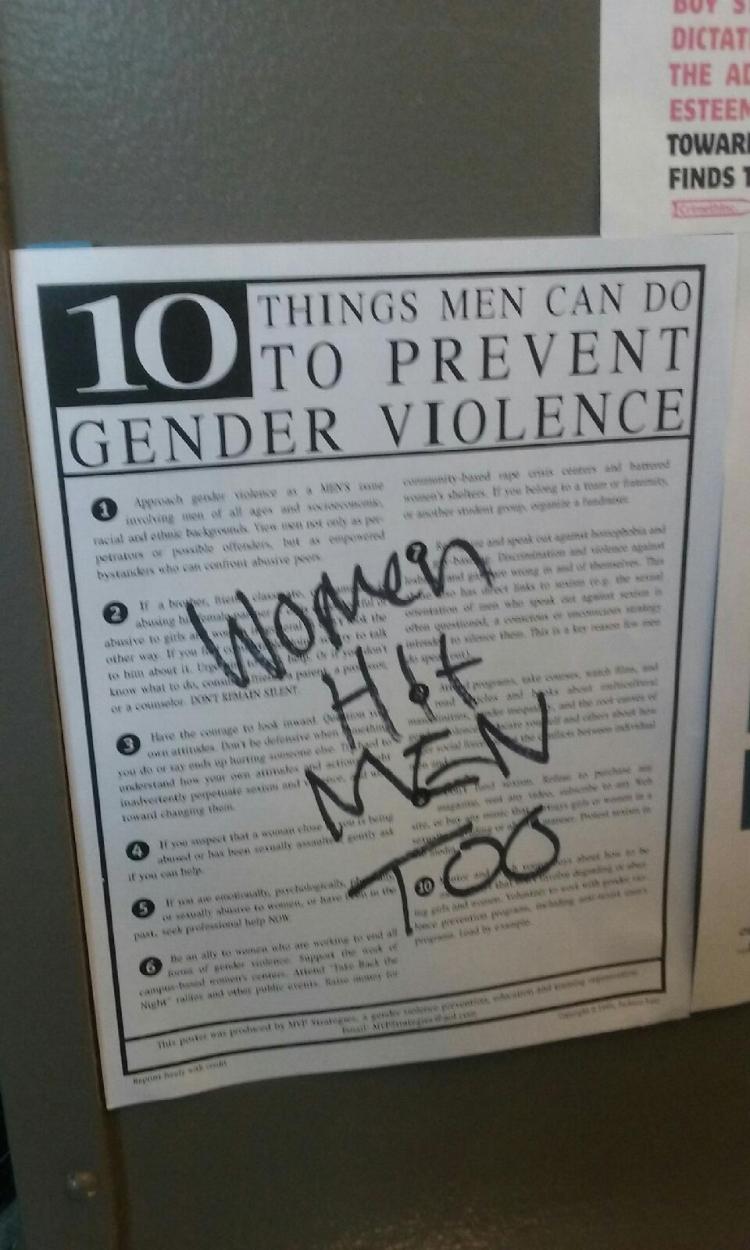 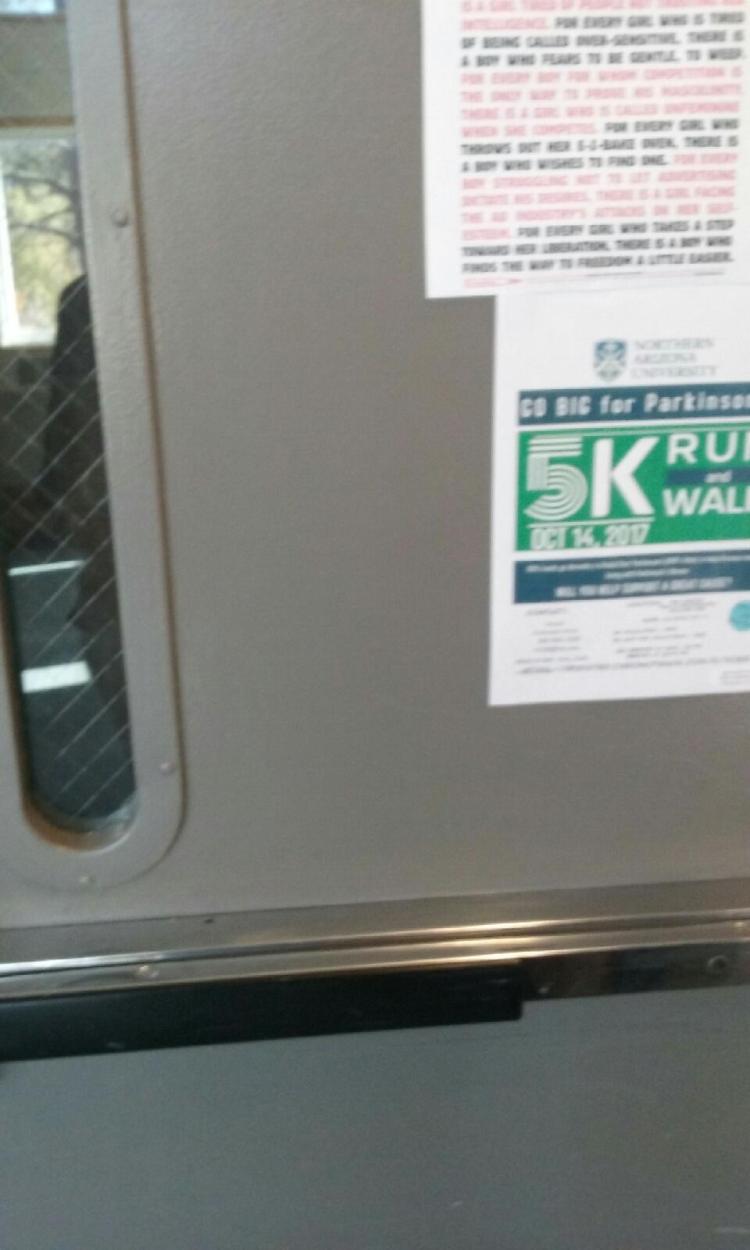 For all of the advancements that modern civilization has to offer, it seems we have lost the most basic principles of governance that so many of our ancestors understood. Putting aside the childish nature of women, our advancements have allowed us to verify the differences in female and male brains. With these differences considered, it is irresponsible to treat those differences as superficial, having no impact on how each gender interprets politics and society. Women’s suffrage did not account for the differences in genders, to the tragedy of men, women and children of today and tomorrow. Just like their anatomy, this war of women cannot stand the test of time, but the damage that will be inflicted before their defeat will cripple all in its path.

Women have chosen the worst kind of enemy. A man with nothing to lose can be the greatest force on Earth, yielding only when his body gives out. It is a basic principle of war that an attacker leaves an opportunity for the defender to flee, so that the defender is not forced to fight to the death. Women are obviously not experienced in the art of war, nor do they have access to the basic combative instincts that men share. This makes them the weakest enemy and the punchline in the greatest joke of western civilization.

The most dangerous enemy is the one who exploits the weak and the dumb to do their bidding. They don’t seek to help, they seek to exploit. They are creating lambs to be led to the slaughter for a cause they can’t fully comprehend. As many have come to realize, none of this would be possible without the men being complicit in the destruction of their society. The only way for these men to realize their mistakes is through suffering, and by the time the suffering spreads and reaches enough men, it may be too late.

If one were truly principled, you would not need to declare yourself to be, your actions will speak on your behalf. Seeking mentorship from a principled man is a noble endeavor, but as no one can put words over action, a potential student must be wary of those who wish to impart what to think, not how to think. These men realize that thuggery and decadence are not beneficial to society, yet tragically fail to examine how these problems arose to being with. Instead, they seek to set themselves apart from the herd of mediocrity in any they can, as long as that way can be achieved with a mediocre effort. The inability to face a problem and find a solution and follow it to its completion is their greatest weakness.

To turn men into gentlemen they must first know strength. To know only gentleness is to live to appease others. To lay claim to your desires is to exert strength of mind, body and soul. Only once you have done this may you know the limits of your strength in its current capacity and understand the value of gentleness when it is tempered with strength. How can a weak man, a gentle man, teach another to be of equal or greater principle, especially when it is proclaimed and not procured from life experience? The answer is that he cannot impart lasting lessons on to the other because he has not learned from them himself. The scholar is but a man lost in a dark cave, latching on to landmarks in the abyss as he longs for the light. 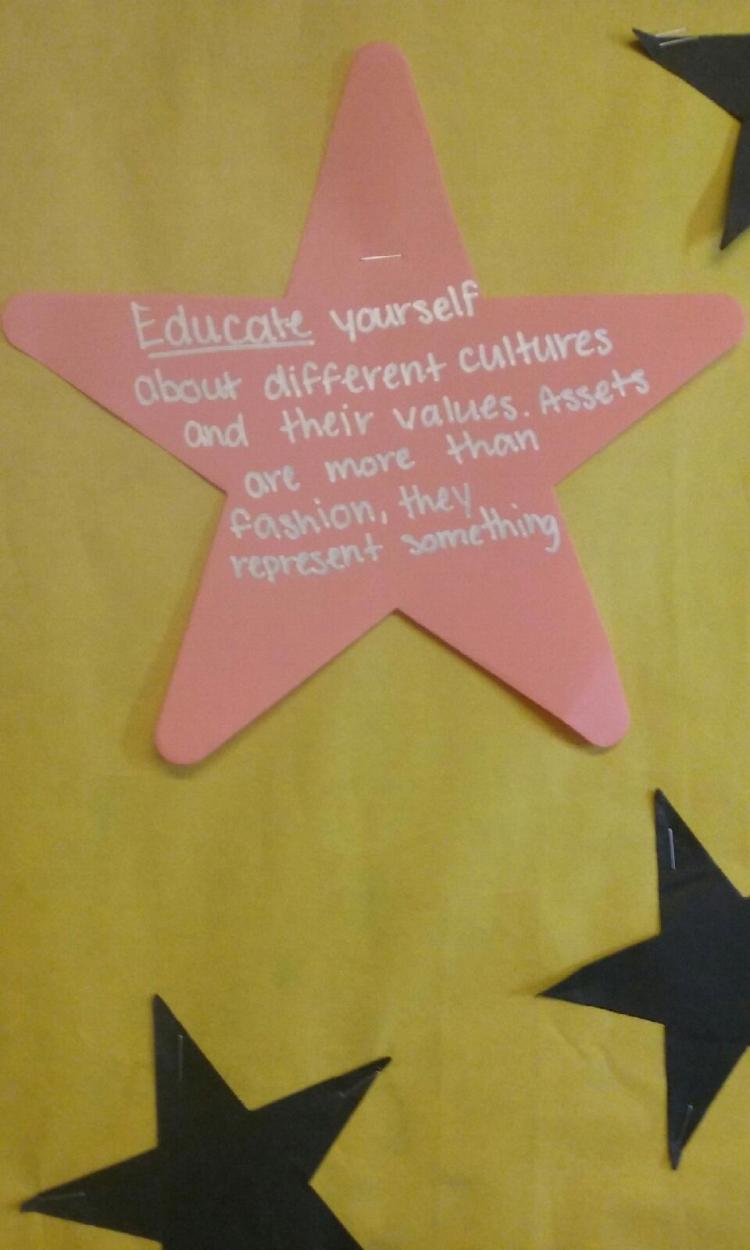 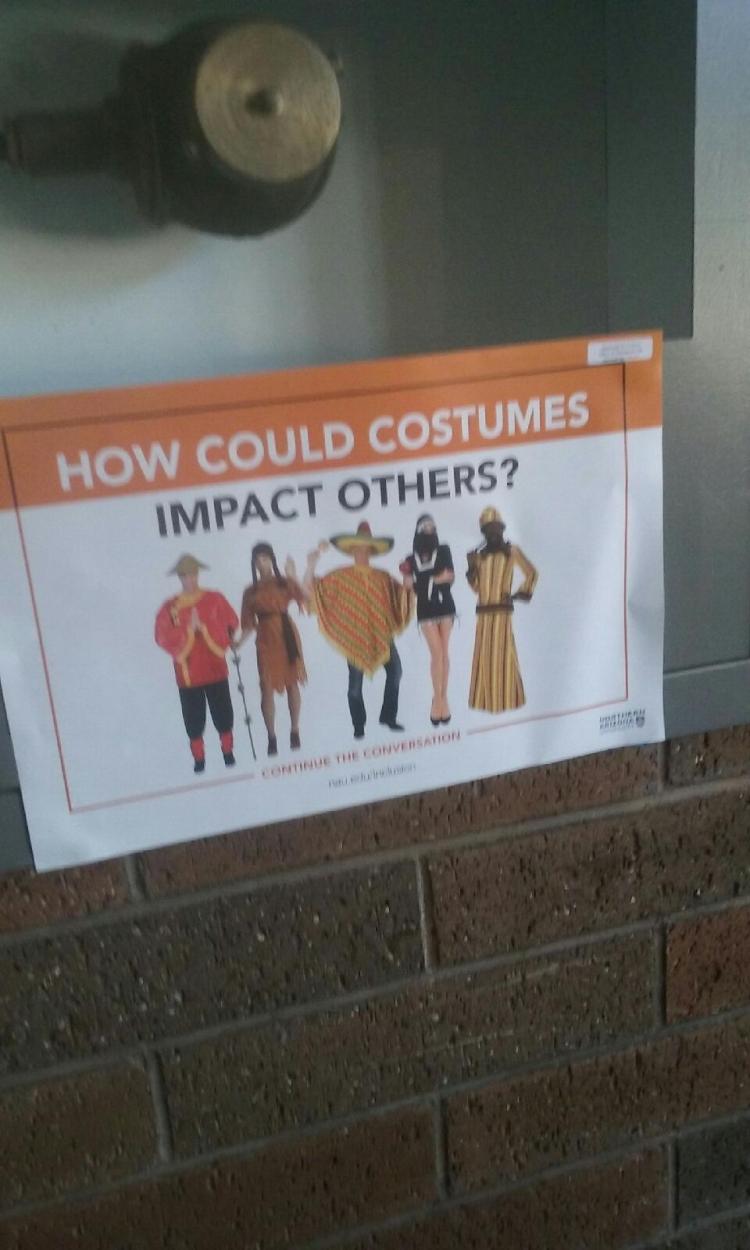 Assuming the worst intentions in others is not only a blatant form of projection, it is also a desire to find those worst intentions. There is a difference between preparing for the worst and hoping for the worst. Those who seek to impose their own worst features on to others are incapable of admitting the existence of said features. If basic differences between cultures and people cannot be acknowledged, there is no possibility for a debate of any kind. If the choice is to be called a racist, or whatever slur of the day, or to accept homogeneity, then the debate has ended and the lines have been drawn.

The sheer power of emotion over logic can destroy any institution. You and I may have learned to balance our feelings with our objectivity, but that concept has never even been introduced to them. The disrespect of culture, not of others but of their own, is on display for all to see. The slow decay of borders is leading to a shifting of the pieces that make up our known world. As an individual man we may be able to flee, but what happens when there is no where to go? 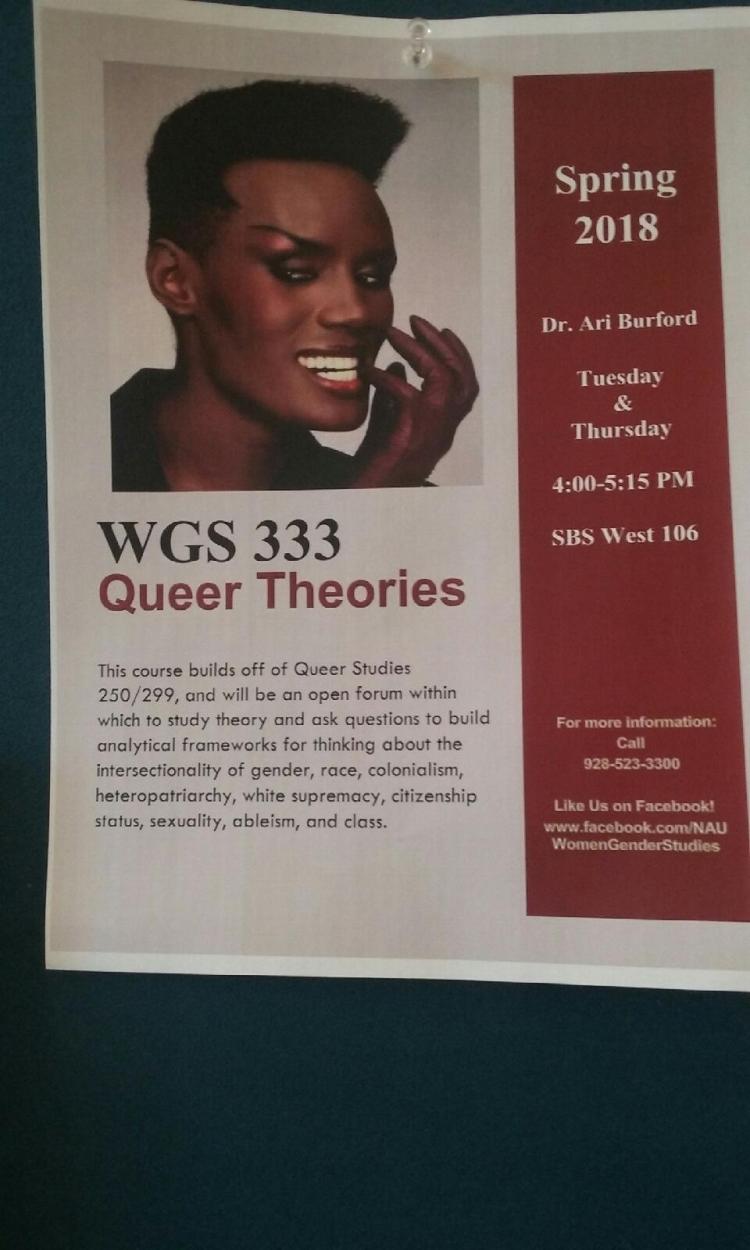 The destruction of tradition merely for the sake of it will be one of the most important lessons that future civilizations will take away from our downfall. It is not wrong to want to push boundaries and expand public discourse, but to lack the most basic respect for the fundamental traditions that hold a society together is not just foolish, it is traitorous. People today presume our age to be the most dignified, the most knowledgeable, the most advanced. I would argue the opposite, despite our technological advancements. The tools are available for a person to exceed all previous incarnations of humans, physically, mentally and spiritually. The amount of people who utilize those tools, however, are incredibly low. The peasants of history at least had a craft that they honed and perfected over the course of their lives, our peasants today offer nothing at all, only taking from those who produce.

When the bar has fallen as low as it can get, the free market should account for the decrease in quality. Unfortunately, the bar has fallen in all aspects of the free market, both the consumer and the product. If the teachers are no more intelligent and curious to truly learn than the students, then children begin to teach children. A teacher should know a craft beyond spouting curriculum, but our advancements in civilization have allowed for people to survive without obtaining any useful knowledge. Our strengths have now become our weaknesses, and only a return to form will correct these mistakes.