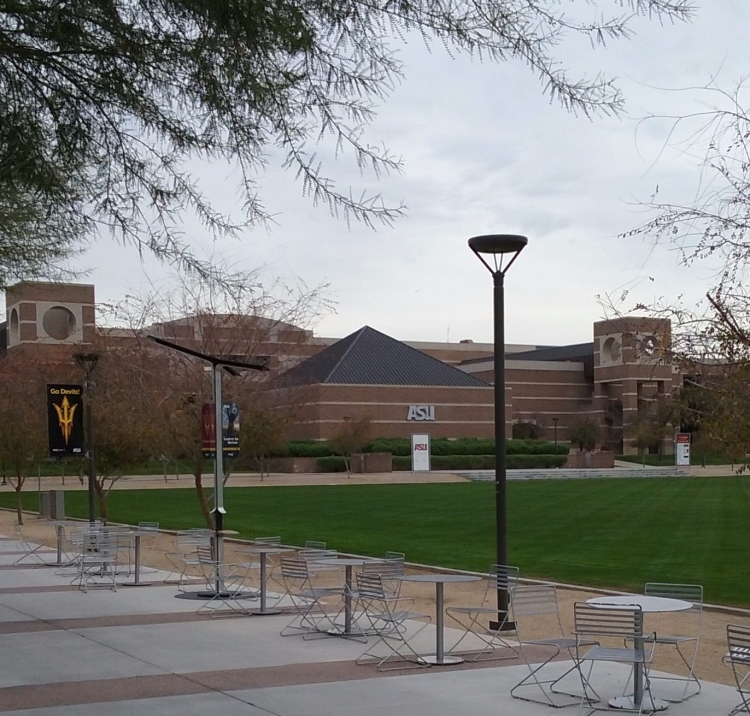 Browsing the MGTOW subreddit this morning, I came across a post depicting a feminist professor at ASU West in a classroom espousing propaganda, as displayed below. As fate would have it, I just finished my first semester at ASU West and took some pictures throughout the year to document the madness. I will now try my best to explain what I observed, knowing full well of the possibility that my identity could be revealed and my college career ending as a result, but I think the fear I feel in sharing this information is exactly why it must be shared.

The first piece of future historical evidence I would like to share is a brochure I picked up during the semester, titled “Sexual Assault and Misconduct Resource Guide”. Pardon the terrible color design choices for the cover. 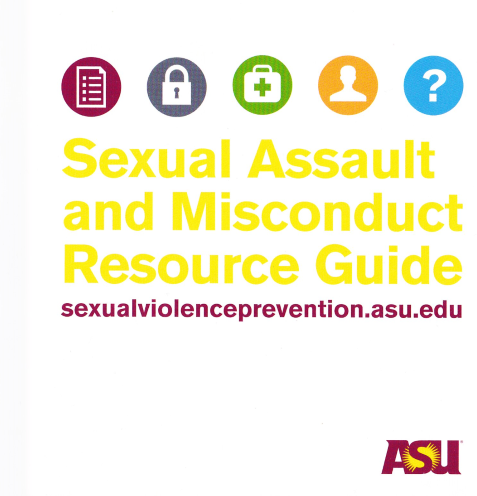 Now it should be known without needing to be said but I will be as clear as possible regardless, I am completely against rape of any person, any gender, in any situation. That being said, false rape allegations are a real thing that men face. I’ve developed a system to help minimize that risk during my intimate interactions with women, and if anyone is interested I can make a separate post about that. The fear of a false rape allegation will only increase the more you read this brochure, and any man who doesn’t register a problem with this system, consciously or not, is not awake, but I’ll elaborate further in a bit. Now, on to the good stuff.

The second line would make any of the cynical MGTOW men laugh: “Sun Devils take care of ourselves, each other and our community.” Reading between the lines, it means the school takes care of women and minorities, with the general majority, or the larger community, the last of its priorities. The following paragraph mindlessly lists statistics that have been debunked countless times on the internet. I’m not going to summarize or link them because you should be able to find them, but you can always debunk these anti-scientific, militant and radical people by using simple logic: if one in five undergraduate women were assaulted, the United States would be the equivalent of a third-world war-zone.

The second paragraph on the yellow panel is the most important piece of text in the brochure. The first sentence is the typical PR language, but the second sentence should make any man in college pause. “All ASU employees are mandatory reporters and must report allegations of sexual assault/harassment.” An ASU employee must reveal your identity and involve you on the basis of an allegation, regardless of evidence or circumstance. Not only that, but they have included the laughably vague charge of harassment. As we all know, the charges of harassment continue to loosen by the year along with the aging women who push for that agenda.

The final paragraph also describes a setting I would like to illustrate for you, “If an incident of sexual misconduct or sexual violence occurs, options to report the incident, receive confidential support and immediate assistance are available through on-campus and off-campus resources.” Throughout the campus, there are stations where you can press a button and report an emergency. This is a completely subjective argument, but I wonder how many times, if ever, that these were used and if they can be proven to increase security at all. The colleges that have experienced emergencies probably had systems similar to the ones at ASU West, and probably had no effect on containing or preventing the emergency. All it serves to do is make me feel guilty until proven innocent, like those emergency stations are the only thing preventing the men on campus from becoming monsters.

The green panel lists all of the services and organizations that exist to support women. Without going into too many personal details, I will say that I have faced an emergency at one point and the first responder handed me a folder containing all of the services and hotlines that related to my predicament, none of which I was eligible for because I was a male.

On the red panel, we can see that a woman can have a “no contact order” issued at her behest. I have no idea if the “room assignment changes” apply to her or the person she has accused of sexual assault or harassment, but MGTOW men know exactly who it is likely to apply to.

Poor female behavior is in part due to incentives from society. Notice the second point listed for the support services, “assistance with absence letters, attendance and enrollment options.” I can already imagine a scenario where she needs an excuse to skip the assigned day for finals, or needs an extension on a project or missed the drop date for a class and needs a quick solution.

“If expulsion or suspension is decided, both parties have the right to appeal.” From what I have read, the successful cases where men justly defended themselves against false allegations were Pyrrhic victories, destroying their reputation and college career in the process.

The yellow panel is another negative incentive for false allegations. Being able to accuse others anonymously or to have others do so on their behalf is an incredibly dangerous idea. I understand the reasons for it, but as we have seen time and again, reasonable and moral systems are abused by using men’s natural instinct to protect women against them.

These panels illustrate the massive financial costs of implementing a system like this, and this only applies to one college campus. Lines like, “sexual misconduct is a complex and painful experience that often requires a combination of legal, medical, pyschological and academic support,” just reek of bureaucratic siphoning of funds. Just consider this, MGTOW men: capitalism always prevails because of the greed of humans. These costly organizations would not still exist unless they are being used to some capacity that justifies their existence.

This final panel of the brochure is not something that would be unfamiliar to most redpilled men. We have all at one point been subjected to the PC rules on sexual interaction with the opposite sex. You can draw your own conclusions from this panel, as most of it is self-evident. Instead, I would like to offer a short personal account in relation to this. Without doxxing myself, I’m a young guy, probably one of the younger MGTOWs. Before I attended ASU West this year, I was attending a local community college nearby. Every semester at that community college, I slept with a new girl from one of my classes or fumbled and made mistakes with others as I learned from what the red pill community has to offer. I have been cold approaching girls since I was a freshman in high school, at 15 years old. Before reading TRP and eventually gravitating to MGTOW, I had little fear of women. Arriving at ASU West, I made no attempt to court any of the girls in my classes as I was scared of the outcomes from having interactions with these type of people. I have never been subjected to more liberal nonsense than during my semester at ASU West, and I would not touch those girls with a ten foot pole. Looking over the yellow panel of “Relevant ASU Policies”, you can objectively see how the feminists and the PC police have taken all of the fun out of interactions with the opposite sex, reducing it to a cold and calculated transaction.

On the campus culture

Below is a picture I took of a sign outside of a massage therapy on campus, and don’t bother asking why one even exists on campus because I’ve tried to answer that myself to no avail. Take note of the prices and laugh your way to sweet vindication of your desire to protect your bank account.

The demographics of this school were incredibly interesting to me. The majority of the people I saw walking on the lifeless campus were Asian, and as I people watched throughout the year I learned that they mostly spoke Mandarin. I even had one Asian guy in a group during the semester. These are the foreign exchange students, and I’m pleased to see that the negative handicaps they have to overcome during the Affirmative Action process didn’t effect them, as I believe in a meritocracy above all else. I took the picture below because the liberal poster-child of the woman in a hijab was too comical to pass up, but in this case it was accurate. I would estimate for every 5 girls I saw on campus, 1 of them was wearing a hijab. 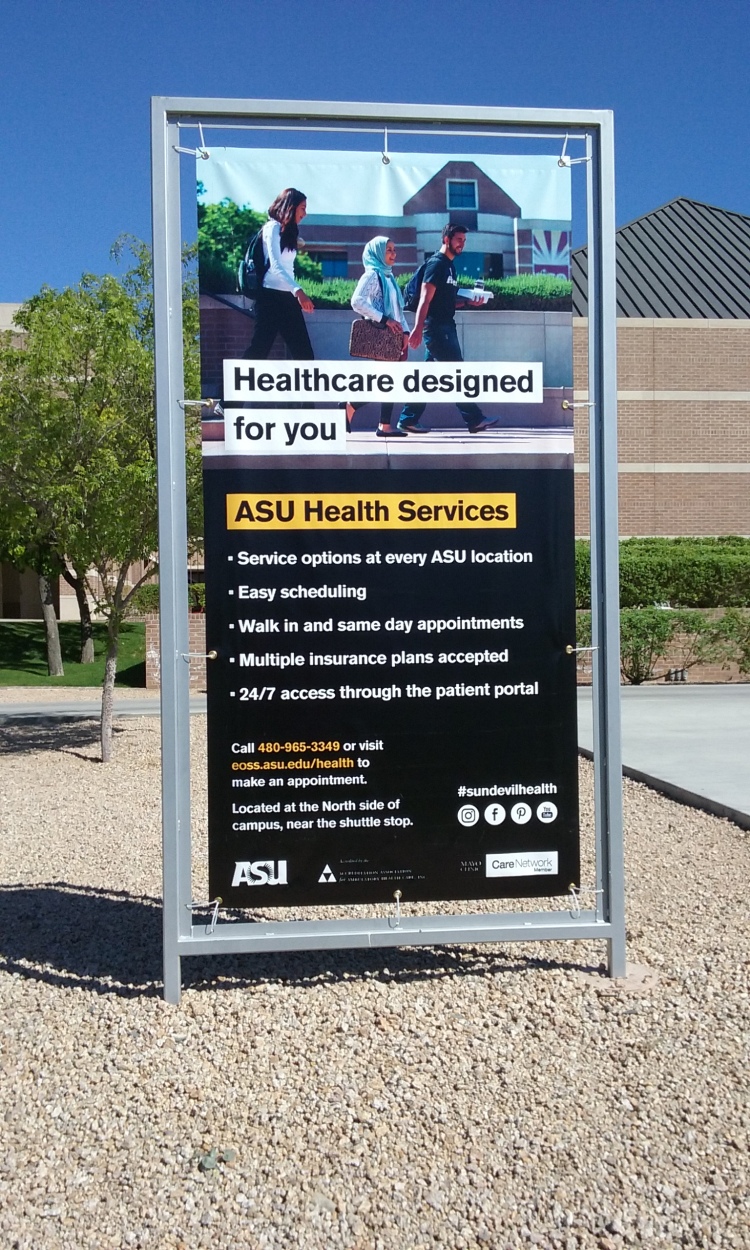 And finally I came across this jewel while listening to a borderline overweight girl as she simultaneously stuffed her face with sushi. I had heard mentions of this phrase before, but I never understood it until I saw it in writing. Education is dead, the peasants were never meant to be literate. Be your own teacher and seek out men in other stations of life to learn from.

2 thoughts on “Observations of a straight white male in college”